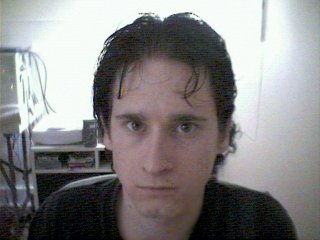 it was the day the net stood still". well for me anyway. but then again everything stood still that day. it was the samhain sunday surprise shutdown.

okay so now you're asking yourself what the hell i'm talking about. well it's quite simple really. on october 31st 1999 the world was plunged into 14 hours of darkness. awaking at 6am to the horrible sound of wind and rain suddenly my clock went dead and all sound stopped. the rush of empty silence was quickly shattered by the beeping sounds from three very annoyed ups units upstairs.

so quickly getting dressed i rushed up stairs to shut down the servers and hush the annoying ups units. little did i know that the nightmare had only just begun.

my cat decided that i looked like a nice warm object to snuggle up with as i lay in my bed hiding from the cold since all the heat in my house is electric... deciding that there was not much hope of catching any sleep i started to read. just then the phone rang. it was my boss. the road to the office, aka my house was blocked by a whole smack of trees, which was most likely the cause of the power outage. however the power company was busy fixing broken lines all over the area, as the storm had caused power outages in several nearbye towns as well.

having found a way to get to my place, my boss gave me a ride into town where we ate breakfast. have you ever noticed that when the power is out all over the place all the food places are packed right tight with people? some of them had the unfortunate luck of having their power fluxuate on and off... we found a nice place in a stable part of town and ate.

after getting back i resumed my reading. quite an interesting book really, it was about this kid whose dad hauls him off to this great subterrainian city where he reveals to him that they are decended from a race of beings who could create world simply by writing them in special books. after getting through a couple hundred pages i heard commotion above.

the commotion turned out to be another employee who had appeared, of course all this time the phone had never stopped r i n g i n g, but the customers got a nice recorded message from my boss explaining the situation, concluding with a cheery "happy halloween".

another friend of mine arrived with the great idea to bring a generator so we could get the servers back up and running! so we got him to, plus my dad brought his truck over with it's 5000 watt power generator too.

ever notice how when you need something to work, it doesn't? well after two hours of trying to fix my dads power generator we had the brilliant idea of taking the spark plug out and spraying a whole bunch of lubricant down the hole. (huh huh) wouldn't you know after doing so it cranked over without a problem?

so we had power to the servers and my friends oil lamp gave us light. so what did we do then? what any batch of guys stuck in the dark without power would have done. we drank a whole batch of booze!

after everyone was a tad bit tanked, wouldn't you know it but 8pm came by and with it the lights suddenly returned! in celebration of the whole thing some of us went out to eat at a fancy resturant, and the rest went home.

at the end of the day, everything turned out like it usually does - under the covers. at least i wasn't cold. 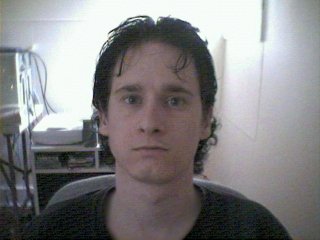