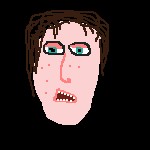 So anyway, anyone been wondering what the hell happened to Huri|Net lately?

So anyway, this is really quite an interesting story. Really. It is. Trust me. Now just sit down and listen for a minute. Okay come on now. Just listen and you'll like it, honestly. Don't trust me? Well fine then. No problem, I'm going to tell the story anyway.

So anyway, oh wait, did I say that already? Never mind. So anyway, I was going to do this domain transfer thingy eh. It involves transfering my domain from one company to another. Why was I doing it? Because I'm a cheap bastard and wanted to pay canadian rather than US... good enough reason?

So I decide to do this transfer thingy, and I do it. So anyway, damn I keep saying that... grrr... back to the point, I did the transfer thing and just left it, forgot about it, figured it would all be fine.

Along comes Christmas time, and POOF, in a magick puff of smoke my domain is put on ice by the first company for not paying my bill even though I figured that the new company would have already transfered it. But Nooooooo... no such luck eh. After numerous attempts at e-mailing several of the groups involved I got really pissed off and telephoned the new company. Boy companies these days.

After wading through several of those "press one for this and two for that" things then waiting through the "your call is valuable to us" crap, I finally got ahold of someone. Wouldn't you guess, the one thing I tried to do with this company was the one service they didn't offer, domain transfering.

Okay, could someone just shoot me... no forget it, shoot THEM! I never did find out who to get in touch with for a refund of my money... damn cheap sons-o-bitches. So anyway (God kill me already, oh never mind, kill the saying 'So anyway' anyway... ) I solved the problem quite easily... I reached into my pocket and dished out the that the first company wanted. I never had any bad service with them, and like they say, if it ain't broke don't fix it.

Of course while they might not be broke, I'm a different story.

Well at least Christmas was fun this year. Have a great New Years, and see you next year! 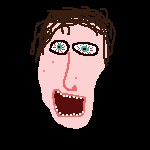